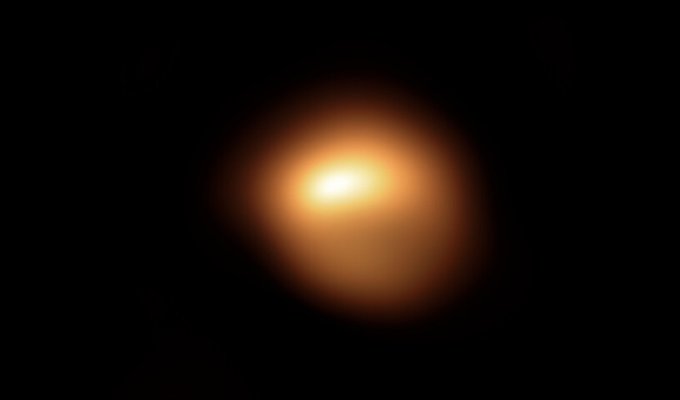 A bright star in the night sky has begun to act a little strange and astronomers have taken notice.

Astronomers have captured the dimming of the star Betelgeuse (you say the name as “Beetle-Juice”) in the constellation of Orion. Not only is the star’s bright light fading, but its shape is also changing.

Betelgeuse has been a beacon in the night sky for sky watchers but it began to dim late last year (you can see how the star dimmed in just one month here). Betelgeuse is currently about 36% of its normal brightness, a change that is noticeable even to the naked eye.

However, astronomers don’t think this is happening now. The team behind these new images of Betelgeuse’s strange behaviour suggest instead that the star is becoming very active and its surface is cooling.

Astronomy enthusiasts and scientists alike were excitedly hoping to find out more about this unprecedented dimming.

A Sea of Stars

Does Anyone Fancy a Drink?