Despite all our advances in astronomy, we have yet to make contact with an alien civilization. In fact, we still have no idea if aliens even exist. But given what we know about the Universe and our own civilization, we are still able to make some intelligent guesses about what they could be like.

The scale goes from 1 to 3. A Type 1 civilization would be the closest to life on the Earth. This type of civilization is able to gather energy from their planet including the weather, earthquakes and even volcanoes. And they take advantage of every inch of space, even building cities on the oceans.

The next step is a civilization that can also capture all the energy from its sun. With all this energy, an advanced civilization could use it to power supercomputers and fuel space travel.

Which leads to Type 3: the super-civilization. This civilization would be so advanced that it could harness the energy of not just of their sun, but their entire galaxy! Life would have settled in every inch of the galaxy and using energy from every one of its billions of stars.

From the perspective of an outside observer, a galaxy occupied by a Type 3 civilization would appear almost completely invisible. The one thing we would expect to detect is heat.

A new study shows that Type 3 civilisations don't exist close to the Milky Way as we can see the stars in nearby galaxies shining brightly. But maybe there are type 1 and type 2 civilisations out there waiting to be found…

We’re Type 0 on the scale. We do use energy from Earth, such as fossil fuels (for example, petrol) and water energy but we don’t use all the Earth’s energy just yet. Depending on how fast our technology advances and how quickly the population of Earth grows we could become Type 1 in a few hundred years! 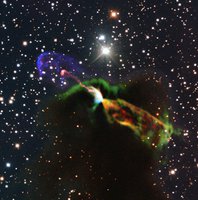