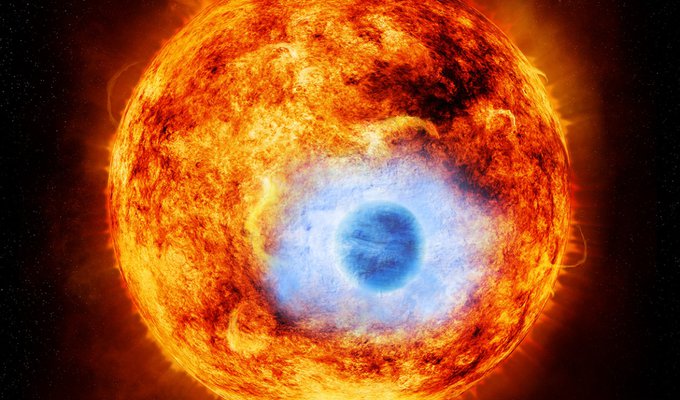 Imagine you're in a spaceship, looking for a new world to settle down in. You see a planet in the distance and it's a beautiful blue colour, just like Earth when it's seen from space. This planet is called HD 189733, and it is the first planet outside of our own Solar System that we've worked out the colour of! But while it might look like Earth from a distance, if you flew closer to it, you'd realise just how different it is from our home.

HD 189733 is an enormous gas giant, over 100 times bigger than Earth. It orbits very close to its star. It takes Earth 365 days to orbit our Sun once, but it only takes this planet 2.2 days! In fact, it's so close to its star that temperatures in its atmosphere reach over 1000°C! No amount of sun lotion or ice cream would make this a nice place to visit!

As of today, 925 planets have been discovered orbiting around other stars in our Galaxy. But they're very small and dim, so it's not very often that we can actually see the planets. Most of the time we have to detect them using nifty tricks instead. One method is called the 'Transit Method'. We point our telescope at a star, and wait to see if it gets any dimmer. If the star does get dimmer, it means that a planet is passing in front of it and blocking some of the light. With HD 189733, astronomers have looked at the system using the Chandra X-ray Telescope to find the dip in the amount of X-rays when the planet passes in front of the star.

By doing this, they've managed to reveal some scary new details. The planet has an enormous atmosphere, which you can see in this picture. But the boiling heat of its parent star is roasting away huge amounts of the planet's air – up to 600 million kilograms every second!

It turns out that HD 189733 has company! Astronomers have spotted a faint red star orbiting the parent star of HD 189733. You can see it at the bottom right of the picture. It takes about 3,200 years for this little star to complete one orbit — it’s like the planet's slow-moving big brother!

Our Galaxy Is Young At Heart 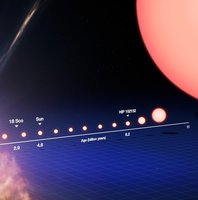