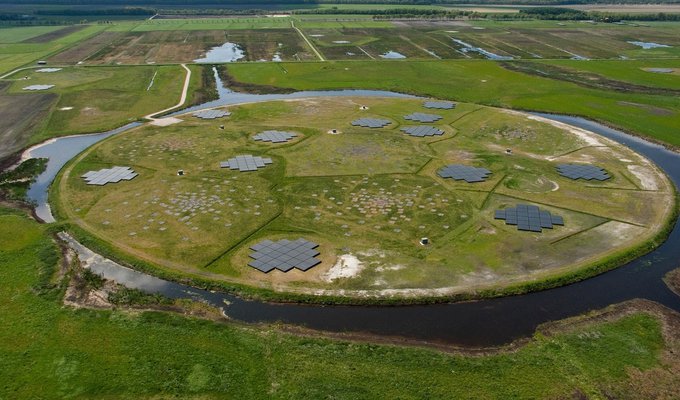 There are astronomers working all around the word. Some of them are based in astronomical observatories, while many more work in universities or research organisations.

This picture shows a new observatory in the Netherlands, called LOFAR. It is used to search the Universe for previously undiscovered objects using radio waves. Hundreds of astronomers from around the world use LOFAR for their work.

When astronomers work together remotely, they use online tools, such as email and video calling. They also plan visits to each other’s offices and meet up at international astronomy meetings. When they make a discovery, the astronomers then publish their findings as a team effort.

For example, the latest published research to come out of LOFAR involved a huge team of 84 astronomers from 26 different universities and research institutes in 9 countries! They used LOFAR to study a group of galaxies, which is called a galaxy cluster. The team found that the radio signals coming from the galaxy cluster are stronger than expected. They think this is because it is colliding with a smaller galaxy cluster!

Now, the team has shared its findings with other astronomers all around the world. It’s because astronomers work together and share ideas at international meetings that people often talk about an ‘astronomy community’. But it does make it sound like there is one village somewhere, where all of the world’s astronomers live together!

Astronomers think that LOFAR will eventually discover more than 100,000,000 objects in the distant Universe!