This Space Scoop is based on Press Releases from NAOJ , ALMA . 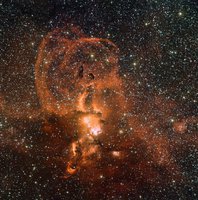