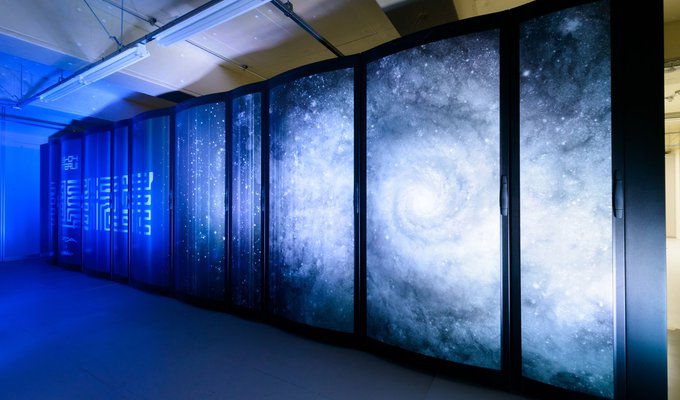 Photographs of space are just snapshots of astronomical events. To really understand how things work in the Universe we need a fuller picture. But in laboratories on earth we don’t have the space or time to recreate cosmic events. The only option left is to use mathematics to help us create cosmic objects and events on computers, called simulations.

Astronomical simulations allow us to press fast-forward or rewind on the Universe and see entire events like the formation of the Solar System, the birth of the first galaxies or the future expansion of the Universe.

To create these sorts of simulations we need extremely powerful computers called ‘supercomputers’ that can do many, many mathematical calculations per second.

One of these supercomputers called ATERUI recently went through computer ‘surgery’ to introduce a new ‘brain’, making it faster and smarter.

ATERUI is now able to perform one trillion calculations per second (trillion is one with 12 noughts on the end)! This makes it the fastest supercomputer used for astronomy in the world.

This new and improved supercomputer is now being used by Japanese researchers and students to study an impressive variety of astronomical phenomena. This includes the formation of planets, the growth of supermassive black holes and the explosions of massive stars!

The most powerful supercomputer in the world is known as TH-2. It can manage one quadrillion calculations every second – that’s one with 15 noughts after it!