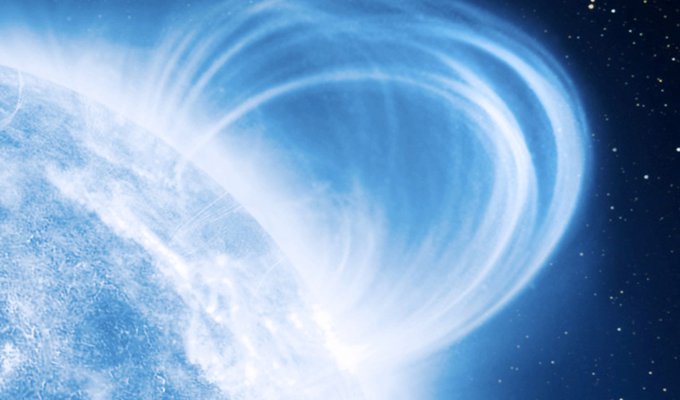 Regular Space Scoopers might remember a story from a few months ago about an “oddity among oddities”. The Space Scoop called A Flare For the Dramatic, told the story of a magnetar called SGR 0418.

Magnetars are tiny, ultra-dense stars that appear dark to our eyes. They don't sound too extreme, but they are notoriously powerful magnets. In fact, they are billions of times stronger than the magnets you have on your fridge at home and much more powerful than any magnet we can make on Earth. They are strong enough to rip the very building blocks of the world apart. Plus, these stars undergo random eruptions called “starquakes”, which include bursts of powerful X-rays.

But SGR 0418 didn't seem to fit the mould. At first it seemed to be a much weaker magnet than any other star of its kind. Like other magnetars, it underwent regular, world-tumbling starquakes that produced dramatic X-ray flares.

But what made this magnetar so mystifying was that no-one understood how such a weak magnet could cause such powerful flares! Well, now astronomers from the European Space Agency have solved the mystery! It turns out that this sneaky magnetar was concealing one of the strongest magnets in the entire Universe, hiding its true power. Even though this magnetar looks ordinary, its secret superhero identity is just below the surface!

Even from a distance of over 900 kilometres from a magnetar, the strength of the star's magnet is so great that it could literally rip you apart!