These orphan planets will never see the light of a day
Jan. 5, 2022 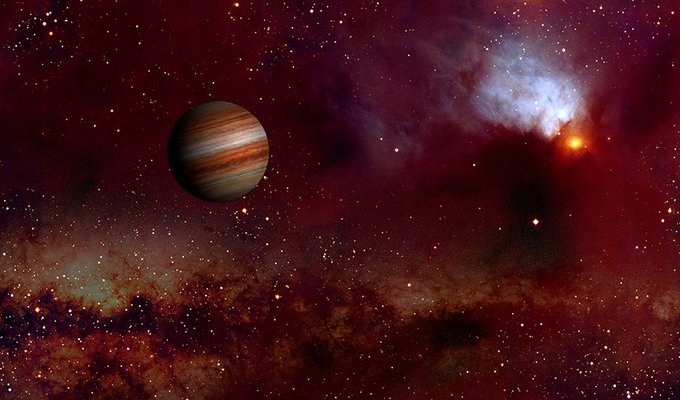 Have you heard of free-floating planets? They are planets that do not orbit any star, drifting in outer space. It might sound like a very strange idea, but they do exist – and a team of astronomers has found at least 70 of them (there could be up to 170) in a region nearby our Milky Way.

This is the largest sample of planets like these found in a single group – it’s almost the double of such planets we knew in the sky until now!

They are in a region visually not far from the Milky Way called Upper Scorpius OB stellar association, some 420 light-years from our Earth. An OB association combines mainly two different types of stars: the type O, which are very hot and super luminous, sending out mostly ultraviolet light, and stars of type B, also extremely shiny and blue. Because stars of type B and O release a lot of energy, they have a relatively short life – and they are normally found in the same cosmic neighbourhood.

But the planets we are talking about are not anywhere near the orbit of these stars – they are loners. Data from more than 20 years of observations show there are as many as 170 of them out there, and they are as large as Jupiter!

Astronomers are working to find out how this is possible: if planets normally form the contraction of gas and dust rings around stars, how did these planets form and how did they get thrown out from the region of their parent stars?

Watch this animation to get an idea of the ones we do know already.

Astronomers discovered free-floating planets for the first time in the 1990s. To find these 70 planets, scientists counted on over 80,000 wide-field images accumulated in more than 20 years of observations. The Vera Rubin Observatory under construction in Chile is named after Vera Rubin, one of the most important astronomers of the 20th century. She is known as the “mother” of dark matter, as her research confirmed the existence of the substance – it fills up almost all the Universe, making up 85% of the total mass of the Cosmos!

This Space Scoop is based on Press Releases from NOIRLab , NAOJ .

Centaurus A is striking a pose!

Snow White and the Fifth Dwarf