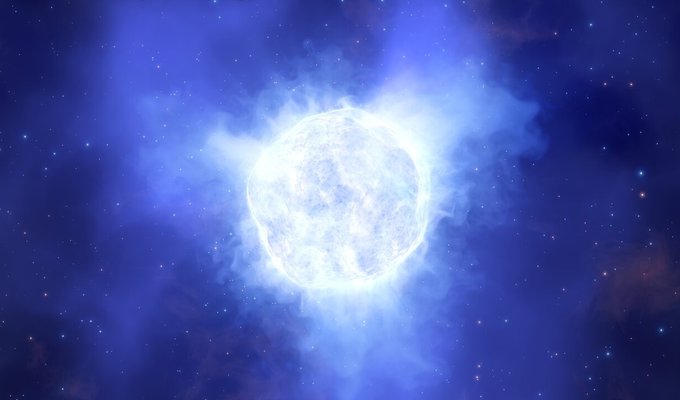 Like a magician’s astonishing final magic trick, a giant star has recently disappeared from plain sight!

This mischievous star is located 75 million light-years away in the constellation of Aquarius.

Between 2001 and 2009, various teams of researchers have studied this mysterious massive star. Their research suggested that it was in a late stage of its life. Recently, a team of astronomers decided to take a new look at the star with the European Southern Observatory’s Very Large Telescope, to study how massive stars end their lives. To their great surprise, the star had disappeared!

How Can We Explain This Special Trick?

Like curious audience members to a magician’s show, we can ponder on how this giant star vanished.

If the star had died in a giant supernova explosion, as is common for this type of star, it is believed that astronomers around the world would have noticed this bright event.

Instead, astronomers suggest this star may still be out there, but we can no longer see it. The star may have experienced a transformation into a star that is less luminous, meaning it is not releasing as much energy for scientists to detect.

Another possibility is that it collapsed into a black hole, without creating a supernova explosion, much like a magician’s assistant slipping from our sight into a trap door and never to be seen again! This would be quite an astonishing discovery, as our current understanding of how massive stars die is that they always produce a supernova before collapsing into a black hole.

Future studies hope to better understand the scientific process that explains how this mysterious star seems to have disappeared from our sights. Meanwhile, we must be patient audience members, continuing to be perplexed and mystified at this stellar magician’s final trick!

Before its mysterious disappearance, this giant star was 2.5 million times brighter than the Sun! Not hard to miss!

Seeing Things in a Different Light 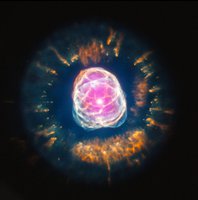 Circus in the Sky