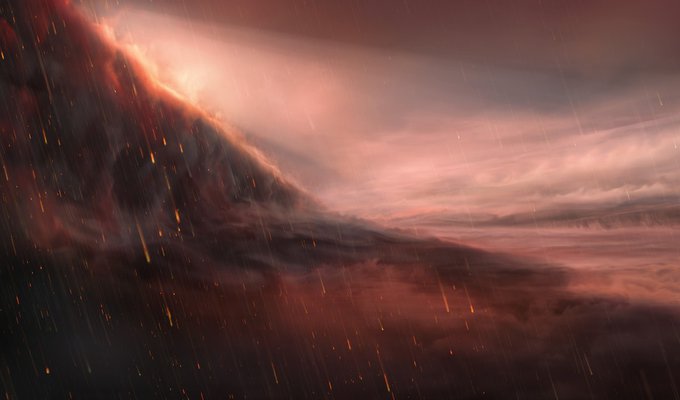 Sometimes, in the Summer months, we like to complain that the weather is too hot. But imagine living on a planet where it was so hot that the daily temperature could melt metal!

The European Southern Observatory’s Very Large Telescope has found an extreme planet whose temperatures can soar to over 2400 degrees Celsius - that’s almost 13 times as hot as our ovens when we bake cookies!

This strange world is known as WASP-76b and it is located about 640 light-years away.

At this scorching temperature, it is hot enough during the day to vaporise metals. Strong winds carry iron vapour to the cooler night side where it then condenses into iron rain. It’s so hot here that molecules separate into atoms, and metals like iron evaporate into the atmosphere. This harsh world also experiences big swings in temperature, which causes very strong winds.

Over 4100 exoplanets have now been discovered. Astronomers have found almost all of them using clever tricks such as “wobble watching” or using stars as magnifying glasses.

Tracing Cosmic Rays Back to Their Roots