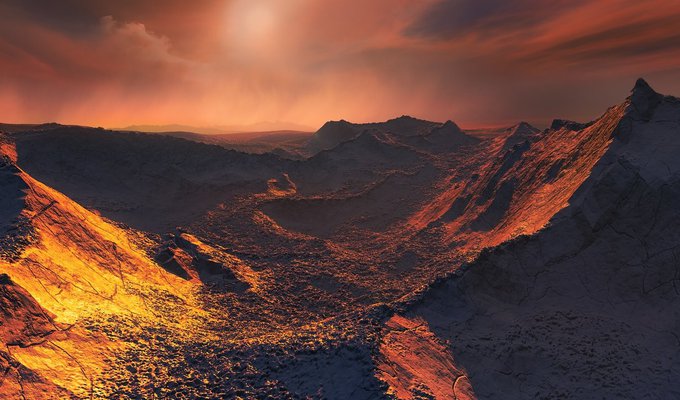 Comic books have some amazing characters. Superman can shoot laser beams from his eyes and the Hulk is strong enough to lift a mountain (literally — he did it once).

Well, the cosmos has its own superheroes; just like the Flash, the star in this picture has the power of super speed. In fact, it travels across our night sky faster than any other star!

The star is called Barnard's Star. In an average lifetime (about 80 years), it will have crossed an area of our night sky equal to the width of the full moon.

Barnard’s Star is the nearest single star to the Sun (most stars are found in pairs or groups), and it’s because of the star’s closeness that it gained its superpower.

Imagine sitting on a beach and looking out to sea. A person walking their dog could travel along an entire section of the beach in a few minutes, while a distant ferry would appear to move very little. Of course, we know the ferry is moving much faster than the person, but distance plays weird tricks on us.

This same trick makes Barnard’s Star, which is close to us (by cosmic standards) appear to move faster than every other star. To make this little star even cooler, a planet has just been discovered orbiting it!

The newly discovered planet is the second-closest so-called ‘exoplanet’ to the Earth. The planet is about three times more massive than Earth and it has a rocky surface, but that’s where the similarities end.

Barnard’s star is a red dwarf star, which means it’s much cooler and dimmer than our Sun. Despite lying very close to its star, this planet is a freezing, shadowy world where temperatures probably dip below –170 ℃, making it inhospitable for life as we know it.

The true speed of Barnard’s Star is about 500 000 kilometres an hour. Despite this blistering pace, it is not the fastest known star, that title is held by US 708. US 708 is moving through the cosmos at 4 million kilometers an hour!

Our Galaxy has a Look-alike!